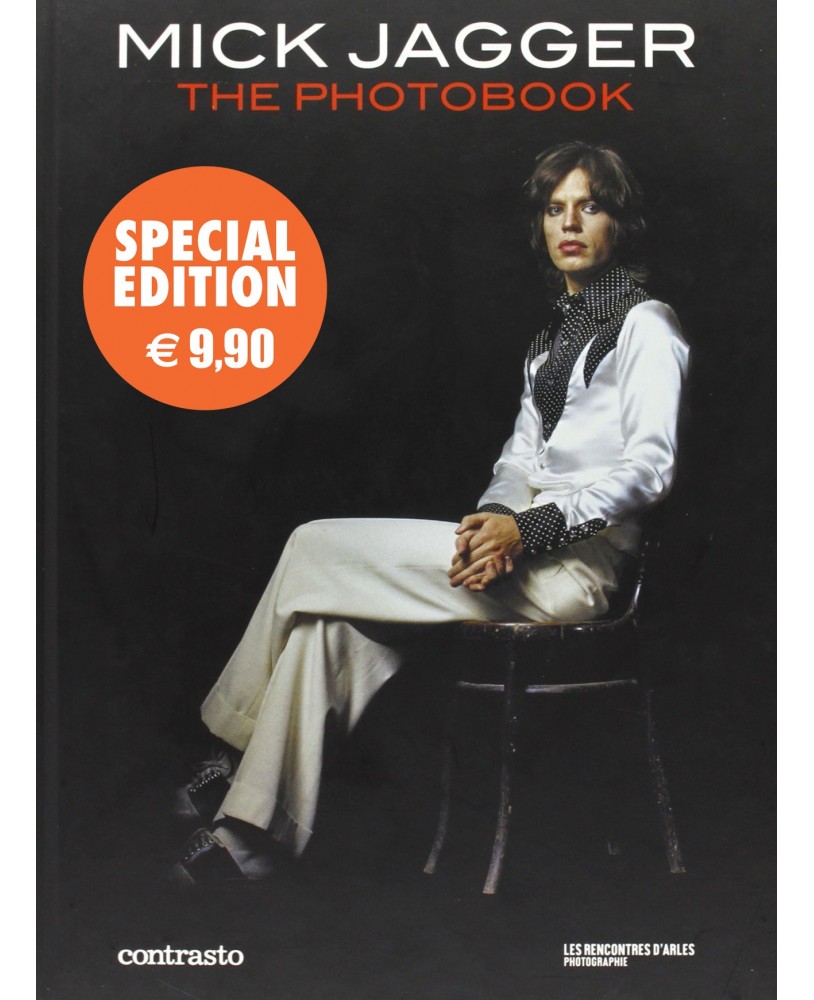 This book is the ﬁrst photo album of Mick Jagger built along the 50-year career with the portraits by:

The Photobook is published on the occasion of the retrospective exhibition presented at the Rencontres d’Arles in 2010. The exhibition will be also presented in the most important European cities. In Italy it will take place at the Fondazione FORMA per la Fotografia.“His extremely distinctive face has made him the archetypal rock star: Mick Jagger is universal. His physique and the way he moves have helped fashion the myth of the über-sexy male celebrity. His mouth has become the emblem of his band, The Roll- ing Stones. His face alone narrates ﬁ fty years of portrait-photography practice, of our relationship with celebrities, of evolving dress and hair codes, and the creation of the rock aesthetic. As we journey through the ages, the music is almost audible. It is hard for a theatre photographer to tran- scend direction, staging and costumes to create a photographic work. The power, charm and notoriety of Mick Jagger’s face are the very essence of the photogenic being. Doing more than just record this character of high dramatic intensity is the very real challenge that portraitists, it seems, have been tackling for the past ﬁ fty years. “François Hébel(Artistic manager Rencontres d’Arles)