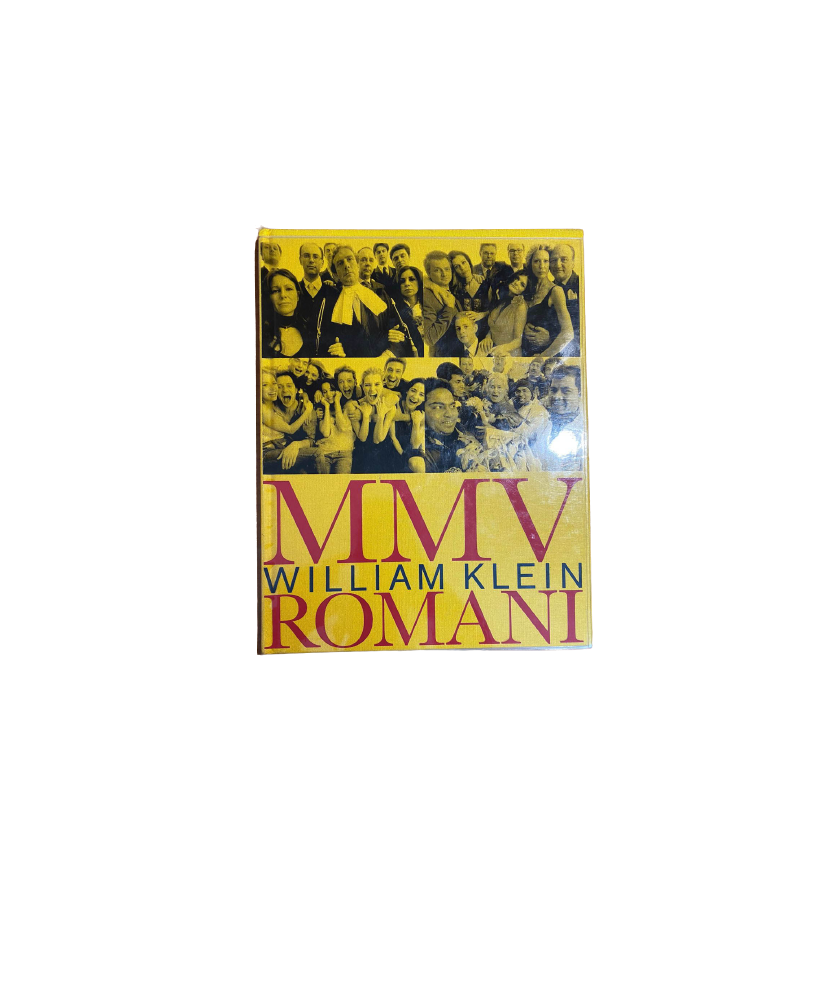 In the 1950s William Klein focused on Rome, producing a celebrated book of photographs with texts by his friends Moravia, Fellini, and Pasolini. Now Klein has returned to Rome to tell–in his way–how the city has changed in the eyes of its inhabitants, whom he immortalizes in 25 diverse and emblematic groups.
William Klein
INTR9788889032817


The Romans William Klein collects before his lens are waiters and aristocrats; lawyers and art dealers; young actors and vendors from the public markets; truck drivers and rowers. Klein produces portraits of a living city, full of strong colours and contrasts, its fascinations undiminished by time and its history as vibrant as ever. After more than forty years Klein has reanimated his earlier love of Rome with a new and assured gaze, in turn enlivened by his frank and fond irony.

William Klein has worked in fashion, photojournalism, and advertising. In 1954, he started a photographic diary, published in book form two years later as: Life is Good and Good for You in New York. Chosen as an assistant by Fellini, he came to Italy, where he published Rome in 1958. This immensely important photographic study was to be followed by Moscow (1961), Tokyo (1964), and in 2002 by Paris + Klein. The resulting series of books with its surprises and innovations has inspired an aesthetic revolution.

William Klein is the 2005 recipient of the Lucie Award. A big exhibition of Klein’s work, in homage both to his career and the startling vision that thrives so often against the current, was shown in 2006 at The Centre Pompidou, in Paris.