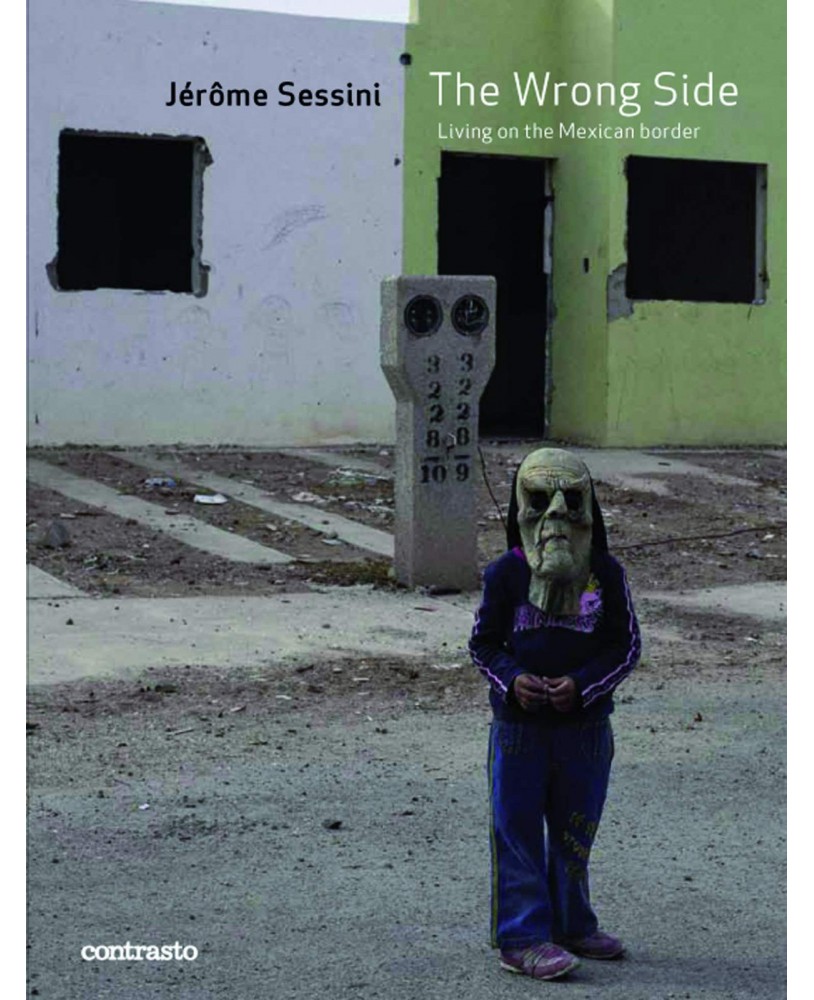 Since the president Felipe Calderon declared an all out war on the narco-traffickers in December 2006, Mexico has been plunged into a veritable civil conflict. The war declared to drug lords caused an unprecedented outburst of violence in the whole country. Under pressure for their lucrative routes, the traffickers are fighting both among themselves, and against Mexican Federal forces. The conflict has already cost the lives of 26,000 people: narcos, policemen and civilians.

In 2008 the photographer Jérôme Sessini started the Mexican project: a dive into the drug cartels war in Mexico. This compelling reportage, lasting two years, is a valuable document about the most dangerous cities in the country: Culiacan, Tijuana and especially Ciudad Juarez.

In 2010 this work has been awarded with the F Award by the mention: “Jérôme Sessini's ongoing exploration of drug-related violence in Mexico at the U.S. border is remarkable for its sustained engagement with an increasingly alarming and dangerous reality, for its attention to concrete particulars, and for its ambition to convey the scope and complexity of the conflict."

F award, the International Award for Concerned Photography is a creation of Fondazione Forma per la Fotografia, Milan, founded by Contrasto.

"Sun at its height, dust, insufferable heat, a soldier approaches the wire netting, a list in his hand. One by one, he coldly recites the names of the victims. Woman faint. Cries of suffering, tears, bodies embracing. The soldier pushes his contempt further by providing the details of the deaths.The women remain seated in the dust, overwhelmed, silent, a child’s hand resting on their shoulder the only comfort. Heavily, they get up and return alone to their distant neighbourhoods. A sad daily routine interrupted by death."

Jérôme Sessini builds a passion for photography, discovering American documentary photography through books shown by a friend, a photographer. He initiates his own practice, shooting people, landscapes and daily lives of those around his native Eastern France (with Diane Arbus, Lee Friedlander, Mark Cohen and Eugene Richards in mind). In 1998, although nothing predicted he would turn to journalism, Sessini arrives in Paris. Gamma photo agency gives him the opportunity to cover the ongoing conflict in Kosovo.

Sessini has since then covered most of the international current events: Palestine, Iraq (from 2003 to 2008), Aristide’s fall in Haiti (2004), the conquest of Mogadishu by the Islamic militias and the war in Lebanon (2006).

Sessini’s work is immediately internationally acknowledged. It is published by prestigious newspapers and magazines among which, Newsweek, Stern, Paris-Match as well as Le Monde and the Wall Street Journal.

His photography also leads to single exhibitions at the Visa Photo Festival in Perpignan, at the Rencontres d’Arles, the Bibliothèque Nationale François Mitterrand, as well as with the French Ministry of Culture.

He joined Magnum Photos in July 2012