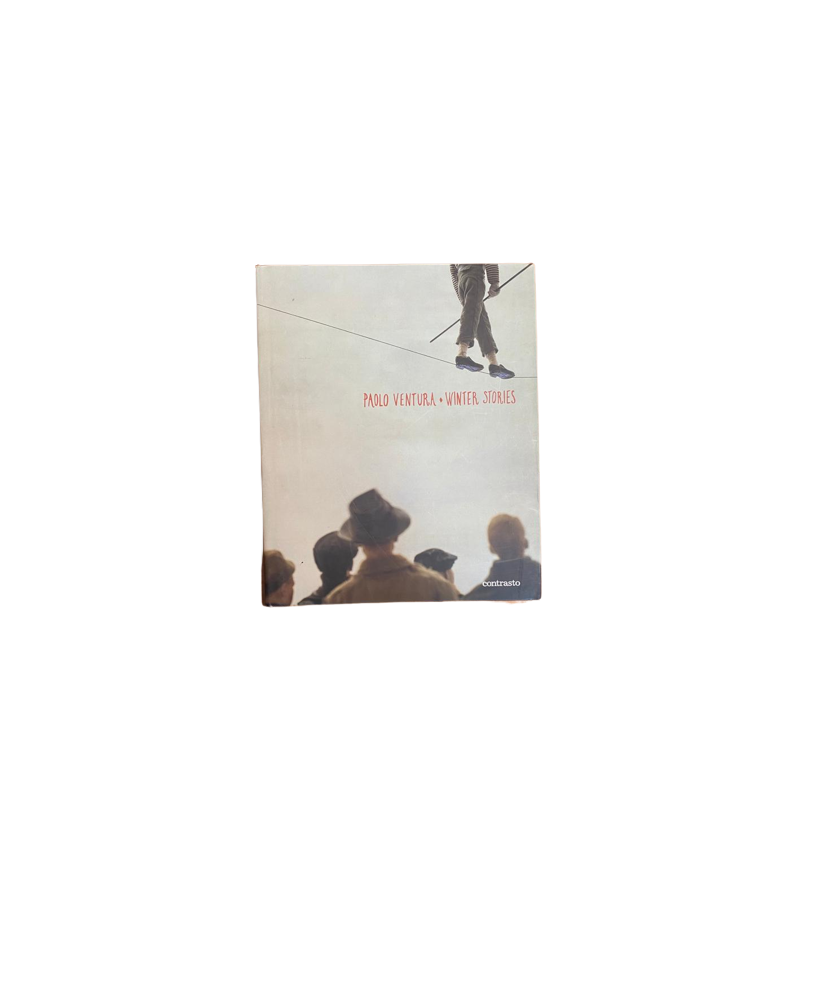 In Winter Stories, a luxuriously produced monograph, Paolo Ventura invents an imaginative series of photographs depicting scenes from the memory banks of on old circus performer as he looks back on his life.
Paolo Ventura
#9788869652097 29x35 cm
120 pages
66 colour photographs
hardback with jacket

What the performer revisits are not moments of great drama, but rather, fleetingly recalled glimpses of an everyday life: “images that he had thought to have never seen, quick moments he unknowingly observed as he raised his eyes to the clock hung at the corner of the block”.

Using his own childhood memories, beautiful miniature figures, and sophisticated sets, Ventura re-envisions a simplex time of 1930s Italy. But his darker vision- with its shadowy backdrops and retrating figures- reminds us that this is not quite Eden. Skillfully crafted and hauntingly evocative, the work is filled with a sweet melancholy of an era, but remains timeless in its ability to resinate with contemporary audiences.

Winter Stories will also included ephemera from Ventura’s working processa as well as the artful drawings he creates as guide to his elaborate sets.

Eugenia Parry (essay) is a widely respected scholar on the history of art and photography. She has been a professor of art at both Wellesley College and at the University of New Mwxico and has lectured at numerous institutions. Parry has published extensively on the history of photography and is he recipient of numerous prestigious award, includine a National Endowment for the Arts Fellowship.