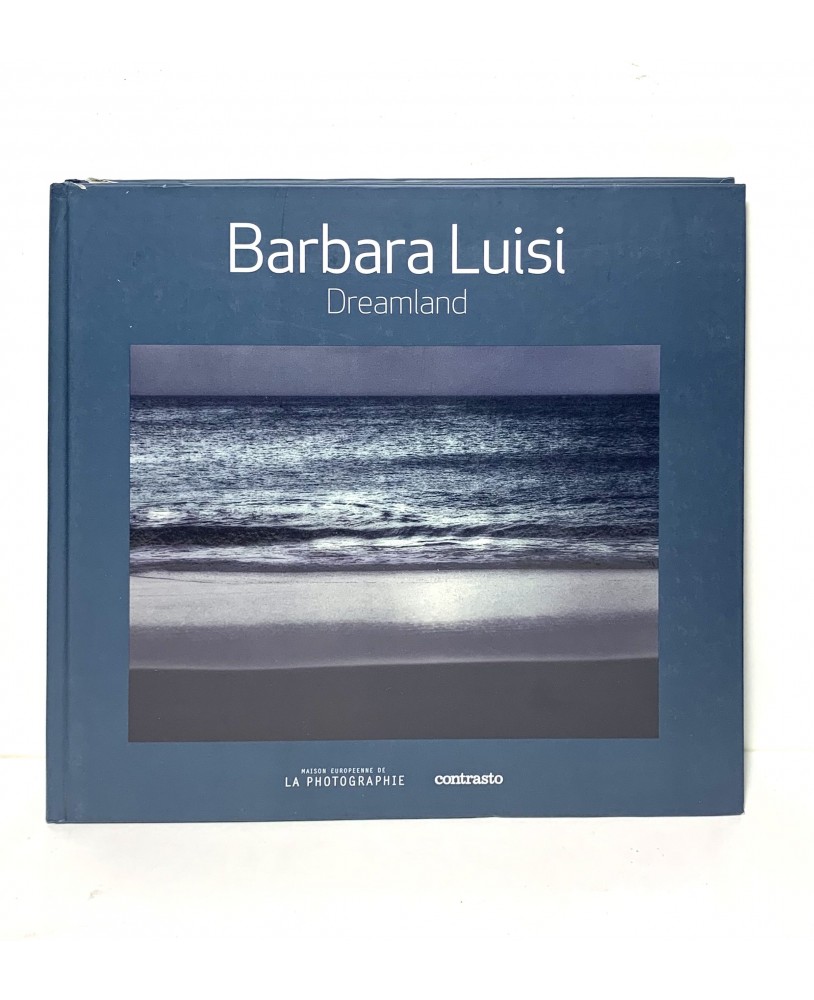 Barbara Luisi will open the exhibition  “ŒUVRES RÉCENTES”  at Maison de la Photographie, Paris, France on March 25, 2014Dreamland is a refined book that collects a selection of Barbara Luisi's vivid yet delicate images. She captures in a complete and fascinating way evocative seascapes where lights and water melt in a dreamlike atmosphere.

Dreamland is an elegant journey with Barbara Luisi and her fascinating use of light. As Alessandra Mauro also describes in a text included in the book: “The acts of contemplation and participation are combined in an independent and original manner, touching with a steady hand the chords of reality at the point in which the line of the sea and that of the sky connect; in the long stretches of sand that fade into the distance, in the cold tropical scenes in the light of dawn, in the magnificent and dreadful storms on the high seas, as though they were the notes of a score.’Barbara Luisi takes up the challenge that the sea throws down to painting. But hers is not the diurnal, luminous sea that allowed Monet, Renoir, Manet and many others to play with shades of blue, grey and green. Hers is a nocturnal, shadowy, sombre sea, now black, now blue—a blue so dark it borders on blackness. And only what the poet so aptly dubbed ‘the dark light that falls from the stars’ punctures this dark surface with its cold light. And it matters little that the stunning chiaroscuro that results owes more to moon than the stars! Françoise Gaillard - Extract text from the bookBarbara Luisi was born in Munich, Germany, in 1964. At the age of nine she began studying the violin. After graduating from the Munich Arts and Music High School, she studied the violin at Hochschule für Musik und Theater in Munich and obtained the concert diploma. She performed professionally for many years in several leading European orchestras. At the age of seventeen, she began exploring photography, experimenting with a Leica M6 and developing her work in her own darkroom. Since that time she has dedicated her attention fully to photography. There have been many exhibitions of her work, including Musikverein in Vienna, Geneva’s Victoria Hall, and the Semperoper in Dresden, as well as galleries in Europe, the United States, and Japan. In 2012 her exhibition „Pears“ was presented in the museum ‚Fondazione Remotti“, Italy. In September 2013 a retrospective exhibition was presented at Regina A. Quick Center for the Arts.